RML team getting core samples ready for transport for logging and sample preparation.

"We are pleased to see a timely turnaround from the lab on this sample batch which allows us to start to build our understanding of the gold mineralisation potential at Tourmaline Ridge in light of the new geological interpretation.

Although, at first glance, the mineralisation appears to be insignificant, there is elevated gold throughout and important understanding is gained upon detailed examination of the results. The samples selected were mostly from 22TR001, which was approximately 850m away from the closest hole (22TR005) and over 1.2km away from 22TR003 & 22TR004. 22TR001 was particularly strongly altered with evidence of multiple hydrothermal fluid events and a higher degree of structural complexity compared to the other holes. Elevated gold results from this batch were associated with narrow Pogo-style quartz veins with sulphide minerals and, if thicker occurrences of this type of material occur at Tourmaline Ridge, then there is good potential for economic accumulations of gold at the prospect.

This sample batch represents only about 16% of the material sampled and given the distance from other holes and the complexities of 22TR001, are not considered by the RML team as representative of the gold potential from the remaining 84% of submitted sample material."

Tourmaline Ridge was identified as a priority drill target after a thorough re-interpretation of the geological and structural model in the area, which showed surface gold mineralisation to represent narrow, antithetic hanging wall veins that are interpreted to sit directly above a dilational, northwest-dipping Pogo-style shear (ASX:RML Announcement 8/6/2022). The five (5) completed drill holes are the first holes oriented to intersect the northwest-dipping shear at Tourmaline Ridge and ranged in depth from approximately 270m to 650m for a total of 2,324m. The holes span a strike length of over 1.2km of the Tourmaline Ridge geochemical trend and are considered a preliminary test of the geological and structural model and gold mineralisation potential of the prospect. 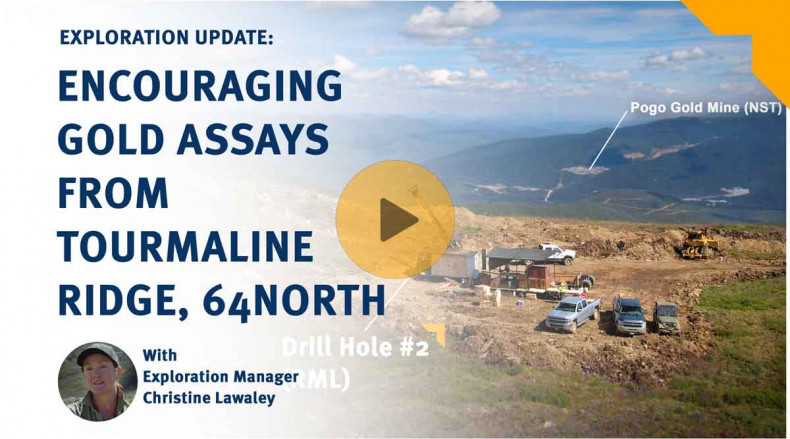