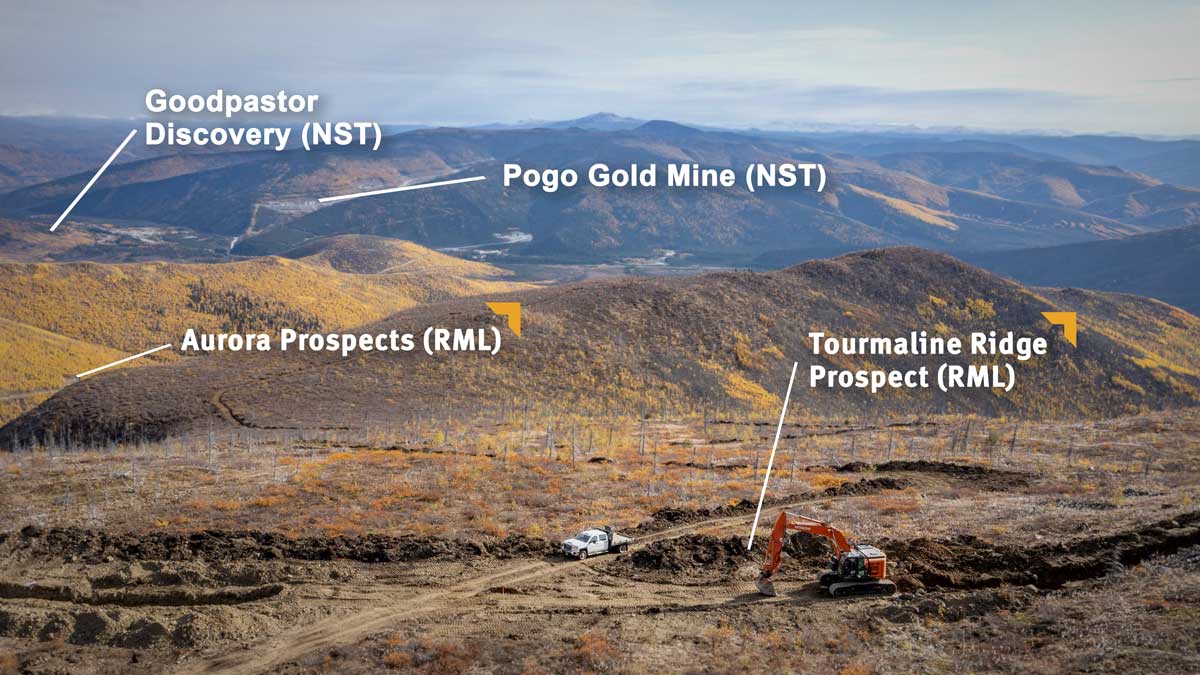 The Tourmaline Ridge Prospect is in a great neighbourhood for gold mineralisation. The trenching program followed up a previously identified 1km by 750m zone with surface rock chips up to 118g/t gold. The completed trenching program is on trend from Northern Star’s Pogo Gold Mine, the Goodpaster Discovery and Resolution’s Aurora Prospect. The prospect is about 2km along the ridge line from Resolution’s Sunrise Prospect, which has demonstrated a 280m wide intrusion hosted gold mineralisation zone identified in drilling earlier this year.
The presence and grade of gold in rock chips over a large area highlights the potential for significant mineralisation close to the surface. Trenching is a highly effective, low-cost method to define the scale and structures of the gold mineralisation. A road was bulldozed to enable vehicle access from the existing all-weather Pogo Gold Mine Road. A significant advantage for an Alaskan Project is all-year around road access.
Further trenching programs and geophysics surveys are being considered - subject to results.

Resolution Minerals Ltd (RML or Company) is pleased to announce that the Company has completed its first trenching program at the Tourmaline Ridge Prospect at the Company’s 64North Project in Alaska.

The prospect lies on a NE-SW trend of mineralisation leading to Northern Star’s (ASX:NST) Goodpaster Discovery, which is undergoing a $21m resource drill out along strike. See Figure 1 and Figure 2. Samples have been submitted to BV Laboratories (Fairbanks, AK) for assay and we anticipate a relatively long nine (9) week turnaround on results due to extremely high demand for assays at the conclusion of the North American field season.

Further trenching, geophysics and drilling programs are being considered and next activities will be decided once the results of the recently completed trenching program become available. It was only during the summer months that on ground assessment could be made of the best location for trenching using historic rock chip data. Positively, with an access track now in place, the Tourmaline Ridge Prospect has year-round access for potential further activities.

THE LATEST NEWS FROM THE 64NORTH PROJECT View all 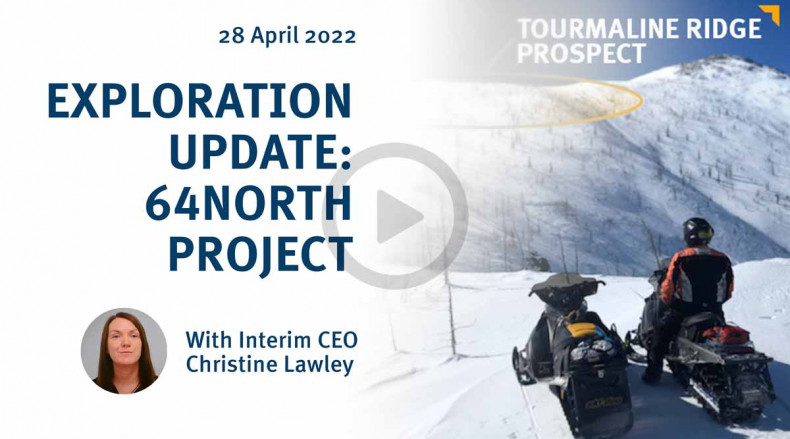 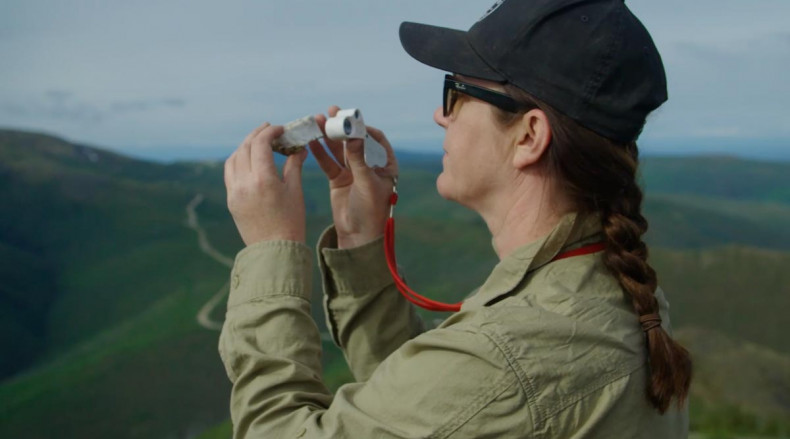