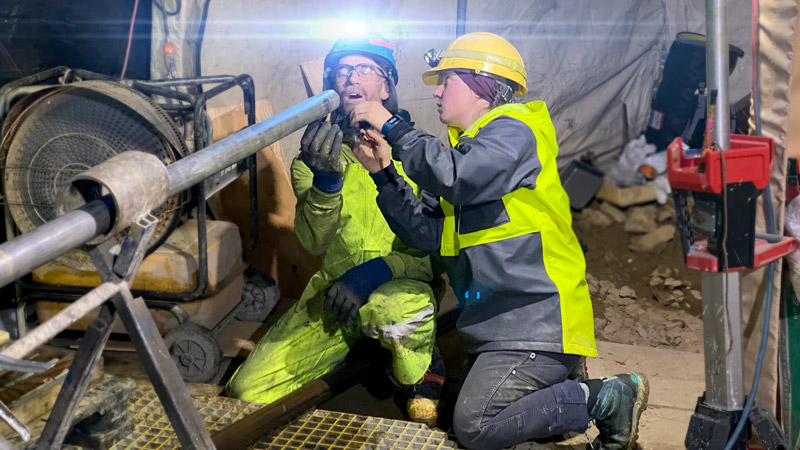 • Drilling of Holes #8 and #9 has been completed at the “Central Zone” of the Aurora Prospect adjacent to the world-class, high-grade Pogo Gold Mine (ASX:NST)

“We look forward to the results of these high priority holes and to completing our preliminary evaluation of the West Pogo Block in the first season of the 64North Project.” 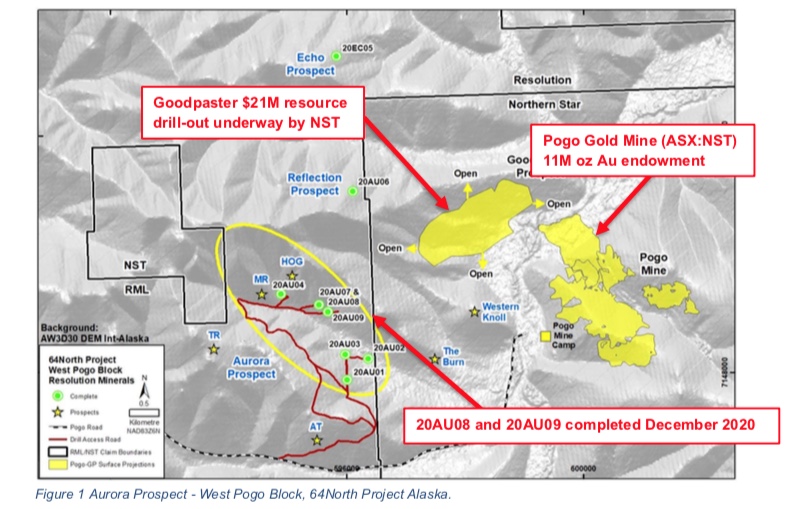 Following on from the successful drilling of a 7m thick Pogo Style quartz vein (announced 17/9/20), drilling commenced from the same drill pad as Hole #7 to undertake two more holes to test the lateral potential of the quartz vein. Pogo-style veins have large variations in grade and thickness over short distances and it is essential to drill step out holes up-dip, down-dip and/or along strike to determine grade variation and lateral extents of the vein and the potential for stacked set repetitions. The rig was re-positioned for hole #9 (20AU09) which is slightly to the south-east of the pad for holes #7 and #8. Drill pads were prepared as indicated with red dots in Figure 1 and Figure 2, to allow follow up drilling through winter as required using road access. The Central Zone is 1500m by 750m in size and has the scale potential to host a significant resource. The completion of holes #8 (20AU08) and #9 (20AU09) took slightly longer than anticipated with an unseasonably cold snap of -40oC in the first week of November.

The holes tested the along-strike and up-dip presence of the dilational zone which contained a 7m thick quartz vein in Hole 7 (20AU07). The pierce points were 100m and 200m from the pierce point on hole #7. Zones of narrow quartz and intense alteration were intersected in both holes with zones of interest from Hole #8 (309m-317m and 565m-568m) and up-dip in Hole #9 (212m-213m). The core has been recovered to Fairbanks for core to be cut, inspected and fast-tracked with assays expected in January. 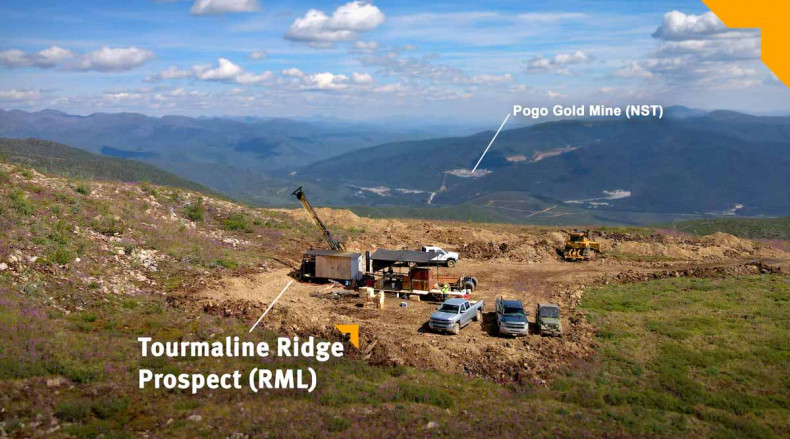