Resolution Minerals (ASX: RML) advises, in accordance with ASX Listing Rule 3.13.2 and section 251AA(2) of the Corporations Act 2001 (Cth), details of the outcome in respect of each resolution before the meeting and numbers of valid proxy votes as detailed in the table below.

All resolutions were passed on a poll.

As previously announced, Resolution’s founding Chairman, Mr Leonard Dean has resigned from the board at the conclusion of the AGM and Non-executive director Craig Farrow will take on the role of Chairman. 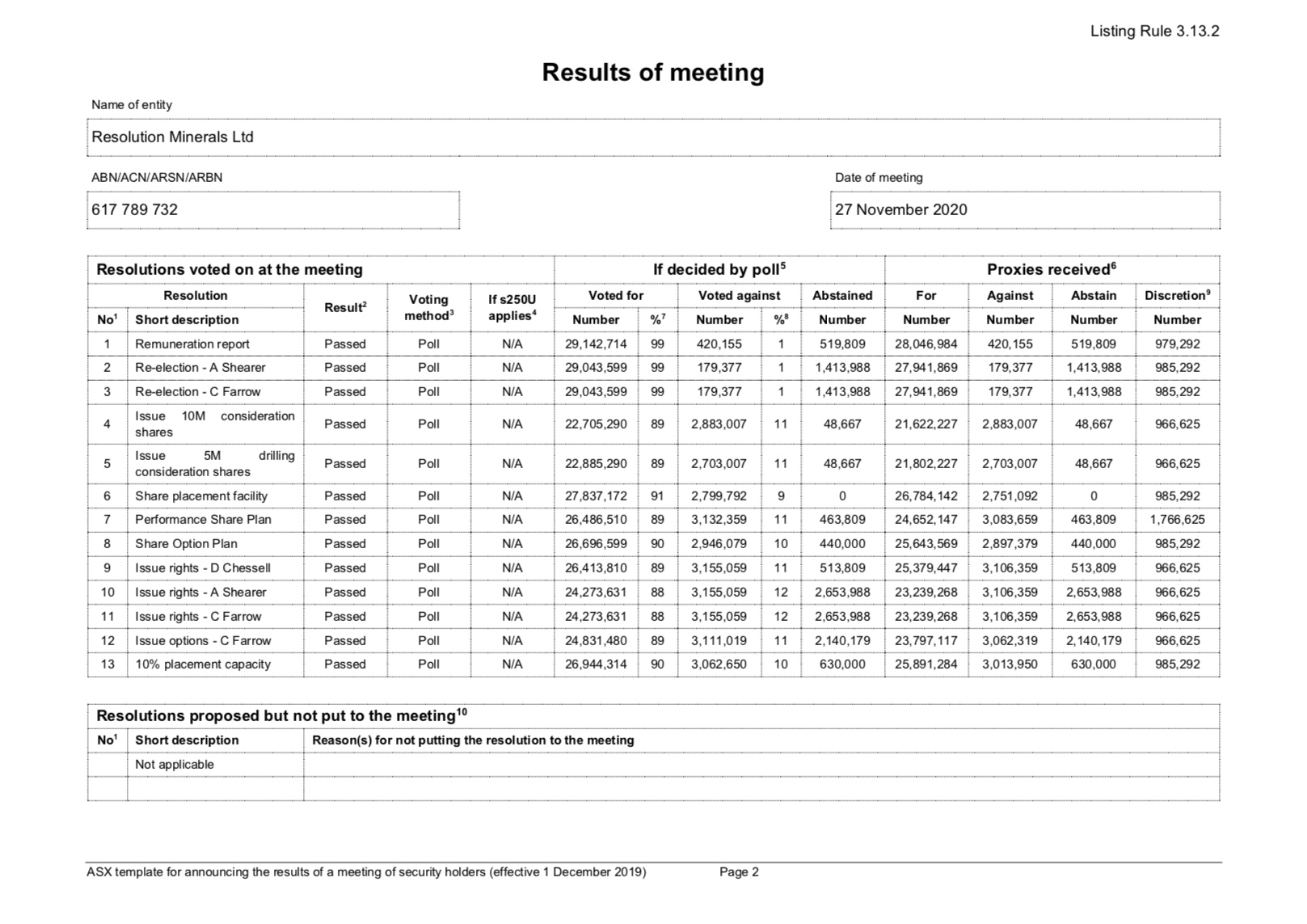 READ THE OFFICAL ASX ANNOUNCEMENT OF THE RESULTS

APPENDIX 3G - ISSUE, CONVERSION OR PAYMENT UP OF SECURITIES+EQUITIES

MORE FROM THE INVESTOR CENTRE View all 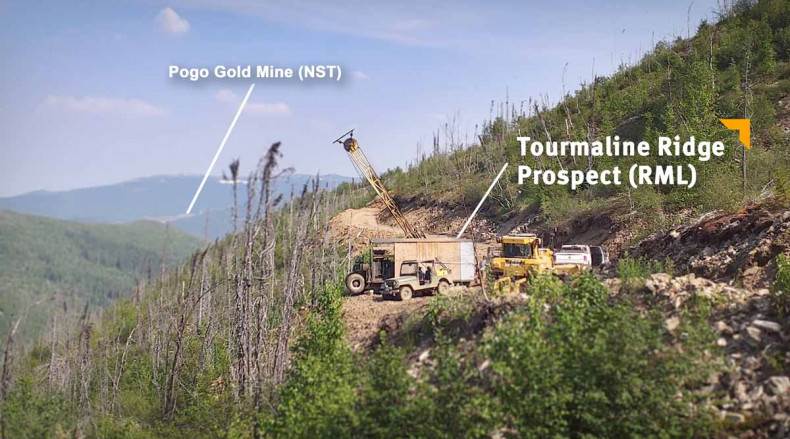 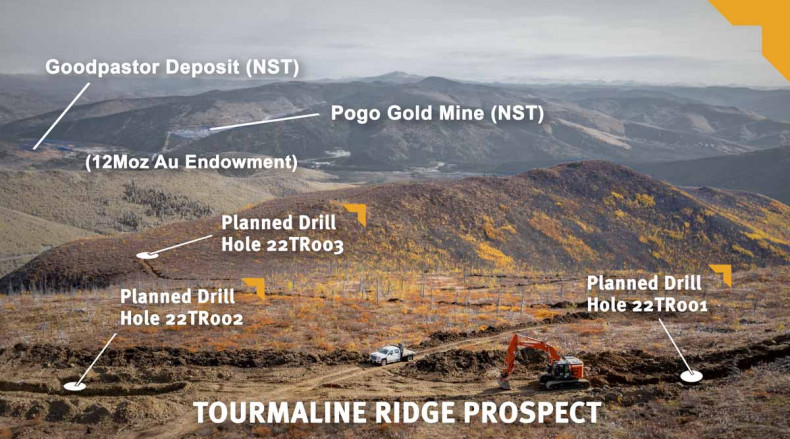